On July 9, a conference entitled: “Asia and Pacific Day” was held in Sala Kolumnowa of the Sejm. It was attended by approx. 300 members of parliament, government administration officials, entrepreneurs, scientists and journalists. The most important part consisted of discussion panels: “New Global Order—Is Asia’s Time Inevitable?”. Among the participants were former foreign ministers, analysts, scientists, and representatives of Polish business and diplomacy. 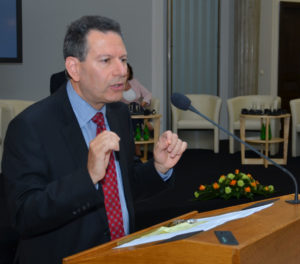 Robert D. Kaplan, an American analyst, during an interesting speech

A special guest speaker at the conference devoted to relations between Poland and Asian countries was Robert David Kaplan, eminent American journalist and analyst, who said, – Asia is becoming the world’s fastest growing region. It would be in Poland’s interest to focus its special attention on that region”. In his opinion, Poland, as a country with a leading role to play in its region, should sustain great relations with the countries in Asia and Pacific area. That is why Poland should have a strong position not only on the European, but also on the global scale.

The session was opened by Małgorzata Kidawa-Błońska, Marshal of the Polish Sejm, who sponsored the event and emphasized that the discussion about relations between the Asian continent and other regions was taking place in Poland – the heart of Europe. Referring to a thousand year old history of ties between Poland and Asia and Pacific area, she pointed out to a dynamic development of cooperation between the two regions.

Grzegorz Schetyna, Polish Minister of Foreign Affairs, also talked about the requirement for consolidation of foreign policy relating to non-European countries. According to the Minister, “Asia and Pacific are the main strategic territory for our non-European activity. It is an area of new opportunities and major challenges for all of Western world, not only at an economic level – as a potential market for our exports and investments – but also politically.”

The conference was also attended by Katarzyna Kacperczyk, Deputy Minister of Foreign Affairs, who stressed that Asia is the principal direction for Polish foreign policy at a global level.

The meeting participants – representatives of the Democratic Republic of China with H.E. Xu Jian, the ambassador

The speeches and discussions often contained expressions such as: we must, we have to, we need to. Bogusław Majewski, the president of the Asia-Oceania Working Party in the External Action Service of the European Union, posed an interesting question: – Unfortunately, we have stayed behind when it comes to the Asian transformation. Why is it only now that we are talking about them?

The efficiency of foreign policy depends i.e. on the ability to notice changes occurring in the world. Early identification of chances and possibilities, but also threats, helps to serve a national interest more effectively. Meanwhile, Polish foreign policy has been focused on interim issues without paying due attention to the changes happening in the world, the new powers growing in importance and the appearance of the multipolar system. A relative diminution of the American position and the incredibly fast increase of Asia’s global significance created room for diplomatic operations for Poland’s foreign policy. This topic was repeatedly raised by seasoned diplomats. They were however ignored by – luckily – former Minister Radosław Sikorski.

He has left behind a heritage consisting of the absence of Polish diplomatic posts in a few key Asian countries, e.g. Bangladesh, Cambodia, Mongolia, Sri Lanka and the Philippines. Didn’t Minister Sikorski wonder why four of the above mentioned countries, in spite of the reciprocity principle valid in diplomacy, opened their embassies in Poland? Rationally acting governments simply remember about a universal rule: those who are absent are always in the wrong. The Minister should be aware that a decision to close a diplomatic post in any country is also an insult for the country’s authorities. It signifies the lack of interest in cooperation, not only on a political level, but also, what is now most desired – in the area of economy.

It is also interesting how President Bronisław Komorowski was feeling receiving letters of authorization from the ambassador of Mongolia? He had after all promised Mongolian President that Polish embassy would soon be reopened in Ulaanbaatar. Didn’t he exercise his extensive constitutional prerogative concerning the country’s foreign policy to force Minister Sikorski to make a decision in this matter? Perhaps he couldn’t – the Minister was, after all, a deputy president of the party that put Komorowski in the presidential office.

One thing is certain: a successor of Minister Sikorski, nominated after the October elections, will have to work hard to clean up the department after his forerunner, and us, the taxpayers, will soon pay a lot for re-establishing Polish embassies and consulates in the countries from which they should never have been removed.

On the occasion of the conference, the Ministry of Foreign Affairs published a pamphlet: “Poland in Asia and Pacific”. It’s striking that the maps of Asia do not include countries in which there are no Polish diplomatic posts. That really is a manipulative, propaganda move – a method inherited from good old times that fortunately passed. 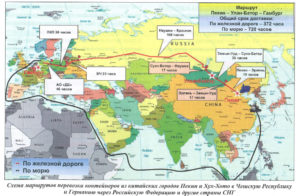